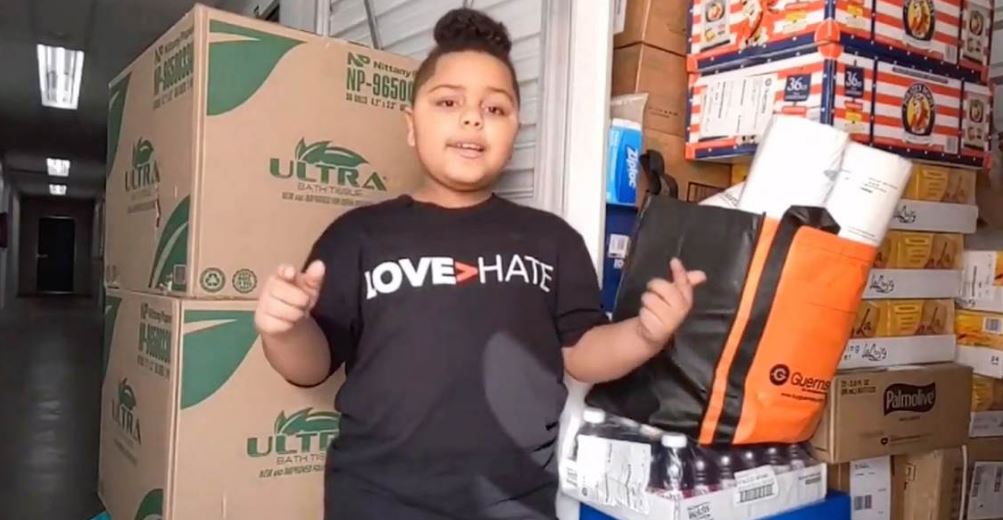 An 8-year-old who started his own food pantry was featured on national television as part of the “Celebrating America” special for President Joe Biden’s inauguration on Wednesday.

Cavanaugh Bell spoke in a segment from his hometown of Gaithersburg, Maryland — a suburb of Washington D.C.

“I spread positivity to inspire others to change the world. Because the pandemic left so many in need, I decided to make care packs to help elderly people in my community. And now, I’m able to gather supplies to give to families across the country,” he said.

He then thanked the people who pitched in to make his dream happen before adding an adage many have said before: “That’s why love wins.”

“You’re never too young to make a big difference. Grateful for young people, like 8-year-old Cavanaugh Bell, stepping up in their neighborhoods and lending a hand when it matters most,” the

Cavanaugh initially created his care packages for elderly people in his neighborhood using his own savings from birthday and Christmas money. As word spread and donations grew, he and his mom opened a food pantry called Love is Greater than COVID-19.

“After I was bullied and I felt a darkness inside of me, I knew I didn’t want other kids to feel the same way I felt. So, I asked my mom if she could help me spread love and positivity,” he wrote on GoFundMe. “And, the more I gave back to my community, the more I wanted to keep doing it.”

In April 2020, Vice President Kamala Harris tweeted about him, writing that Cavanaugh “proves that no one is ever too young to be a leader.”

“I have this saying that, you know, we’re all born leaders and it’s just a matter of when you decide to kick it in and be a leader,” Harris said. “And you’ve figured that out at a really early stage … that’s really, really, really incredible. And it’s so special and it’s very inspiring. You inspire me.”

In the moments before Cavanaugh’s appearance on Wednesday night, Biden explained that the evening would feature “stories of ordinary Americans who do extraordinary things.”

Throughout the night, the special celebrated other people who have been giving back during the pandemic — especially health care heroes and teachers.

“There isn’t anything we can’t do if we do it together,” Biden said. “America’s built of decency, of love and healing, of greatness and goodness and possibilities. This is a story that guides us, inspires us, unites us today and always.”